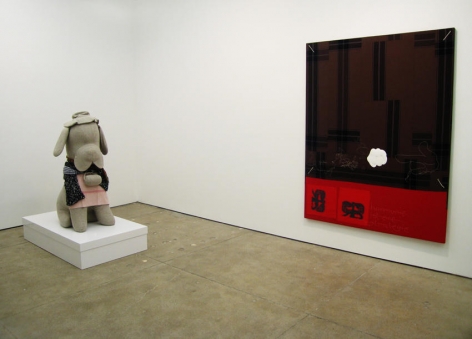 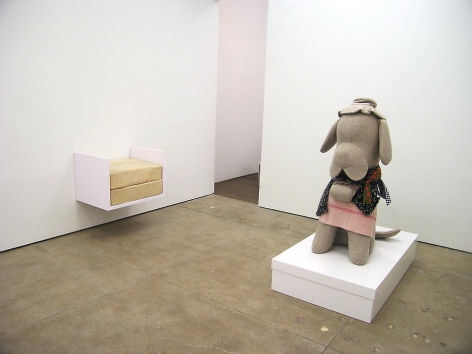 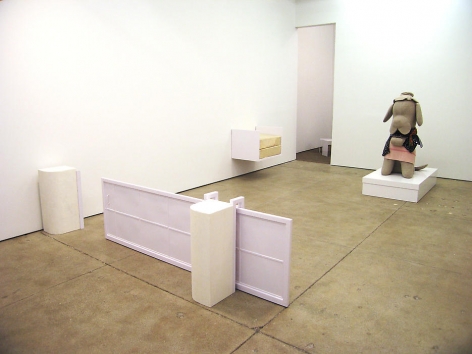 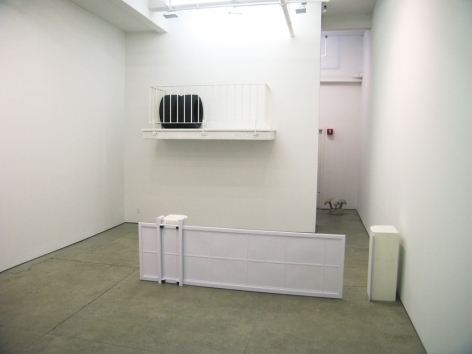 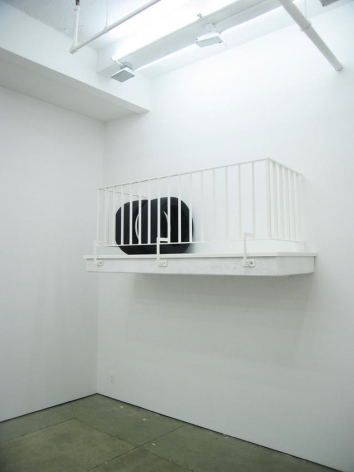 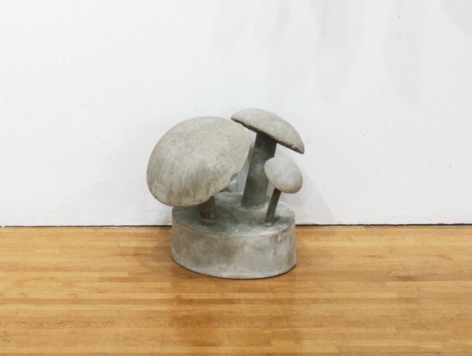 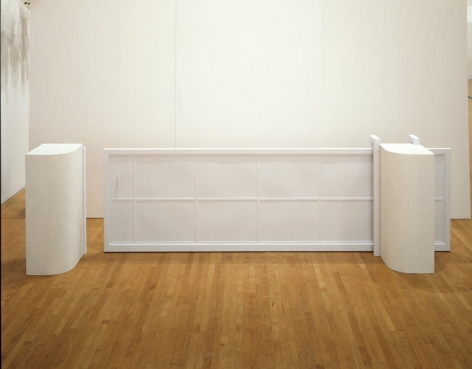 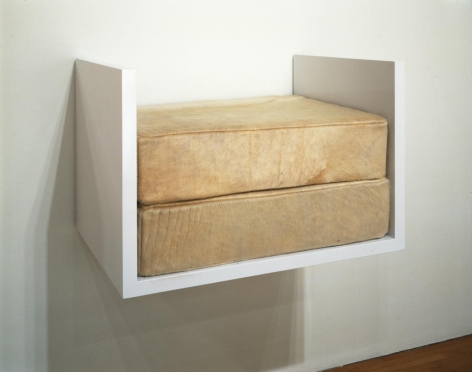 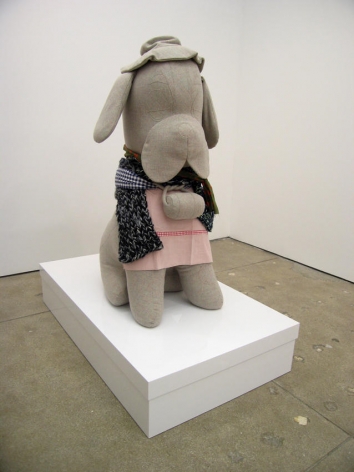 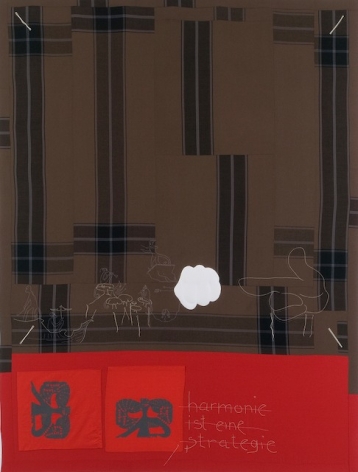 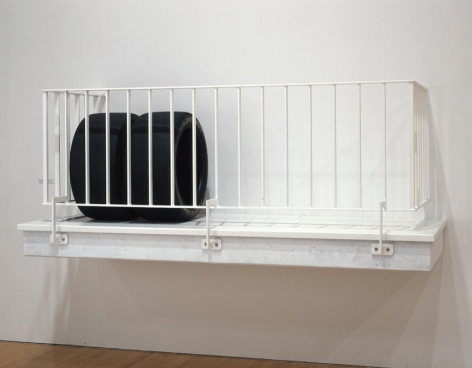 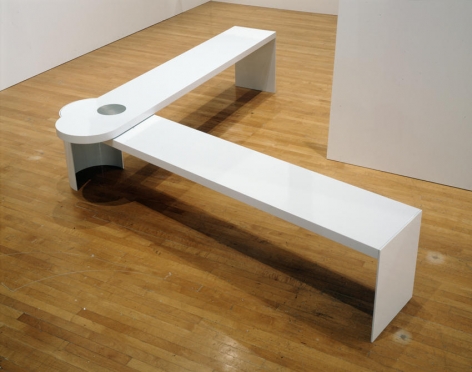 Friedrich Petzel East is pleased to announce THE PIERRES AT THE PETZELETTE, a solo exhibition of sculptures by Cologne-based artist Cosima von Bonin. This is her fifth show in New York.

One of the most influential artists of her generation in Germany, von Bonin has been working for over 15 years in a wide-ranging and diverse practice that includes sculpture, photography, textile "canvases" which she refers to as "Lappen" (translation "rags"), installation, performance, film, video, and music. Playing with references from numerous sources including the work of other artists (Polke, Trockel, Palermo a.o.), popular and vernacular culture, movies, fashion, and music, her work utilizes these different cultural phenomena in an open approach that embraces their contradictions and relationships to each other. Von Bonin's work establishes a community of social relations using appropriation, collaboration, and the transformation of the mundane. Her works touch upon ideas of identity and self-reflection with both absurdity and humor.

For her exhibition at Friedrich Petzel East, von Bonin will be showing a selection of sculptures including a racing balcony, an Yves Saint Laurent chair, and a concrete mushroom which references the artist's earlier works of fabric mushrooms.

Bennett Simpson writes in his essay "A Dog's Life" about von Bonin's sculptures:

The architectural sculptures that have been a staple of her practice for the past half-decade (…) speak of entry and confinement, with their obvious allusions to gates, fences, surveillance platforms, classrooms, and prison cells. Even abstracted, the slick metallic construction of these objects, their grills and enameled surfaces, suggests an anxiety about being where one is but menaces the thought of going elsewhere.

Cosima von Bonin's work was featured prominently in last year's documenta 12 in Kassel, Germany. Her following exhibition ROGER AND OUT curated by Ann Goldstein at MOCA in Los Angeles was the artist's first large-scale institutional survey in the United States.
Von Bonin's work has further been exhibited at the Koelnischer Kunstverein, the Kunstverein Hamburg, the ICA in Philadelphia and the Vienna Secession. It has been included internationally in numerous group shows.

The exhibition will open on Thursday, September 4, with an opening reception from 6 to 8 pm, and will be on view through October 4, 2008. Friedrich Petzel East is located at 535 West 22nd Street, New York, NY 10011. For further information, please contact the gallery at info@petzel.com, or call (212) 680-9467.
Curated by Andrea Teschke