“The painter constructs, the photographer discloses.” ― Susan Sontag, On Photography

Is a picture a vision observed, then captured by the eye, the mind or another appropriate photographic device? Is a picture a remembrance? A moment, a hope or a desire? A benevolent specter, or, perhaps, simply a social media post? Imagining these impressions, Petzel is pleased to present PICTURES, never-before-seen, unique large format camera works by the painters Ross Bleckner and Philip Smith.

The exhibition encapsulates the artists’ shared interests in technologies of perception, and the mysteries of light. In both bodies of work, the lens becomes a vehicle for the artists to experience and interpret their interior worlds.

“The term photography is so well known that an explanation of it perhaps seems superfluous at this point,” says Bleckner. “But, if that’s true, why does the question ‘What is a photo?’ seem so overwhelming? Maybe because it reflects the world we live in, the information we are supposed to process, the systems that are supposed to organize  our social relations.” Says Smith: “I consider each and every photograph a mysterious apparition. All photographs seem to appear from the ether.  Yes, we all understand how photographs are created but how a piece of film or a computer can capture a reproducible likeness of reality remains astonishing.”

In 1977, art historian Douglas Crimp organized the seminal Pictures exhibition at Artists Space in New York City. The show included vignette pencil, oil stick and pastel drawings from a then 25-year-old Philip Smith. Crimp was interested in the ability of suggestive, non-specific imagery to create psychological associations for the viewer. And in Smith’s drawings he saw a symbolism which provoked an ethereal response. Both Smith and Bleckner have expanded upon Crimp’s philosophies throughout their careers and share a common and continued interest in the ability of an image to provoke one’s psyche. 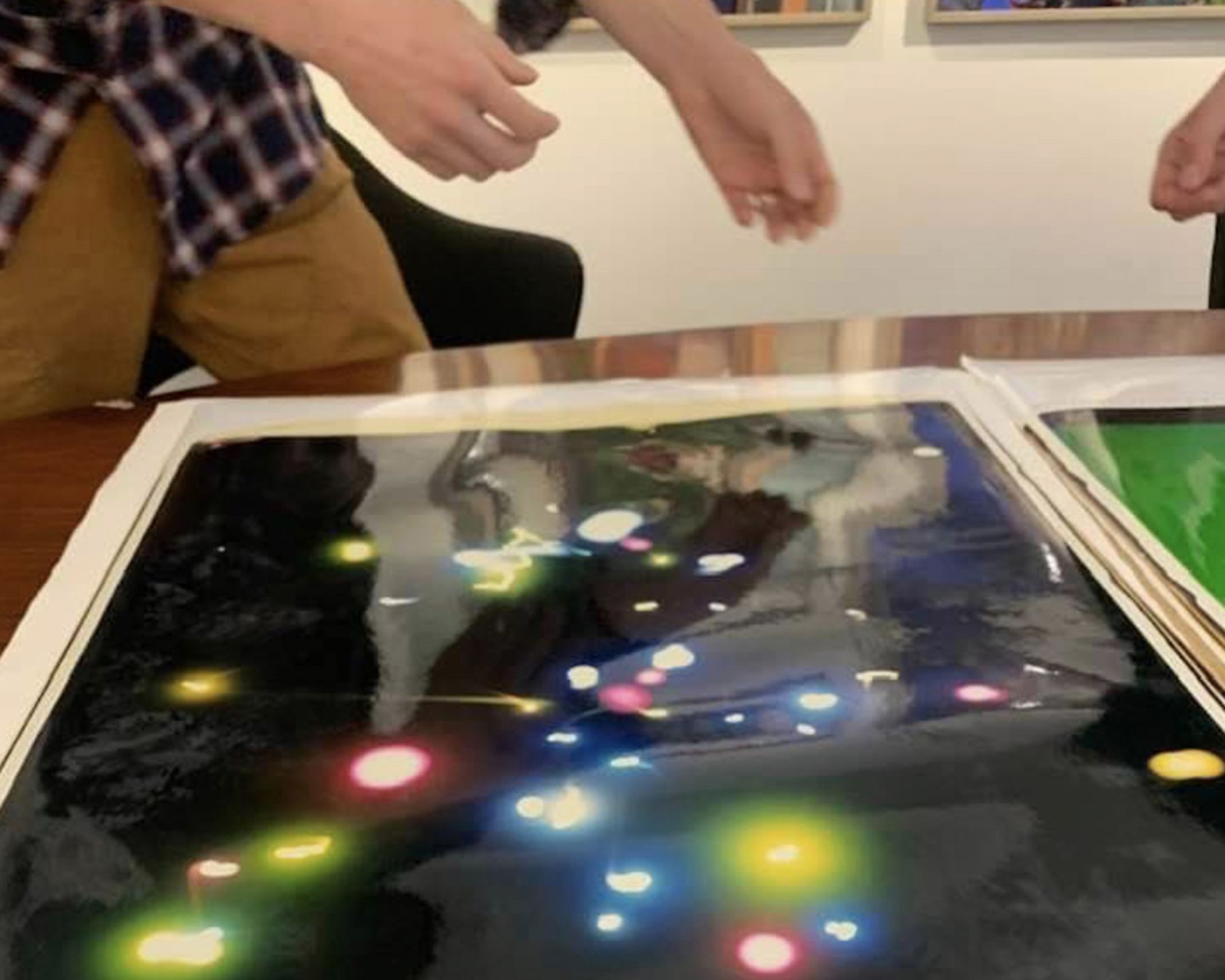 The photograph becomes a mechanism that can either affirm or alter our perception of aesthetic and political power. It allows the opening of the portal that reassembles pieces and parts of the past, the almost recognizable, the forgotten or the repressed, what our mind and histories want, and, sometimes, need (trauma, loss) to forget.

Neither Bleckner nor Smith consider themselves photographers. Yet photography is essential to their respective practices as both implement the medium as source material for their paintings. Smith photographs found images from a range of printed ephemera be it science textbooks, spy manuals, or magic books, and so on. He then develops the Tri-X film and projects the negatives onto canvas. Over time, as Smith notes, “the negatives acquire the patina of the studio and become clotted with paint, scratches, and tears.” The works in this show are produced by Smith, scanning the seasoned negatives and printing the resulting image large-scale, in turn becoming both a new work and an artifact of his process. The symbols in Smith’s photographs depict an iconography of scientific abstraction: from infinitesimal atoms, to the DNA strands which compose our inner selves. By further re-abstracting these images, Smith explores the limits of scientific representation, as well as its metaphysical implications. 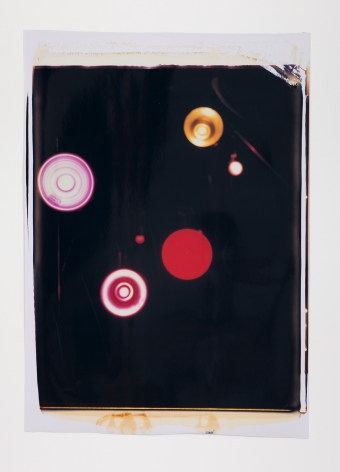 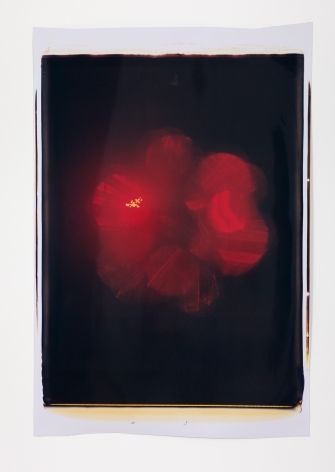 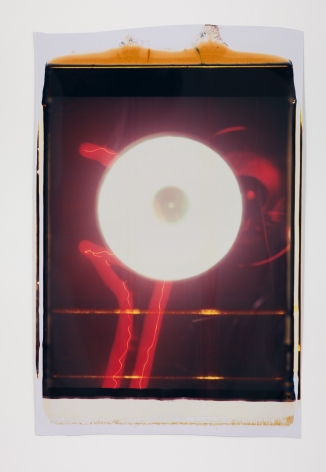 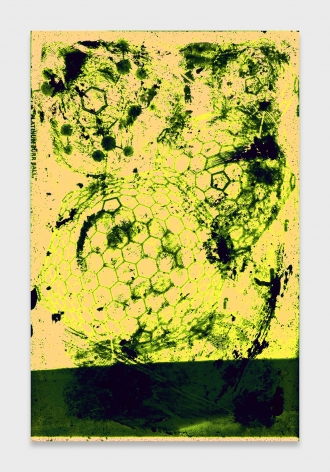 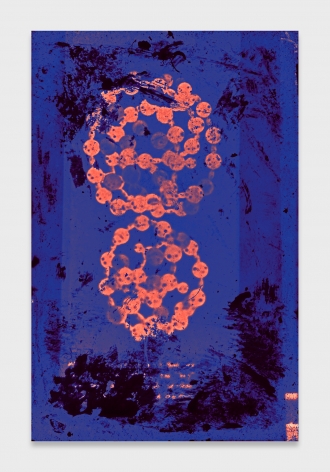 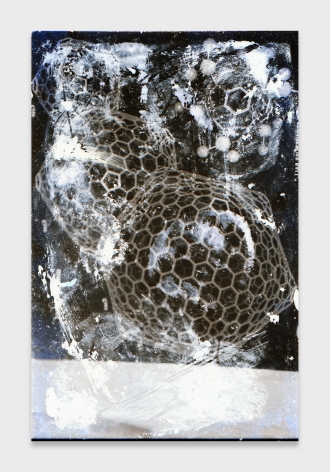 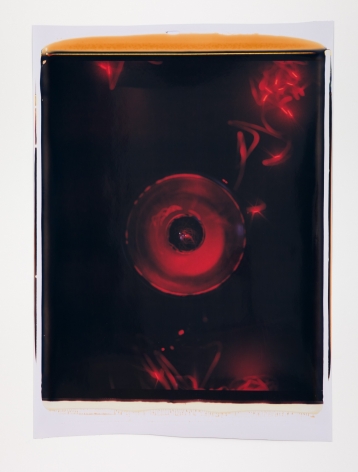 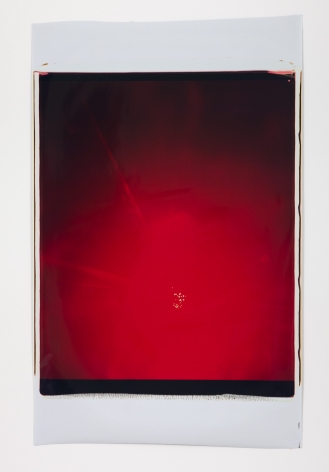 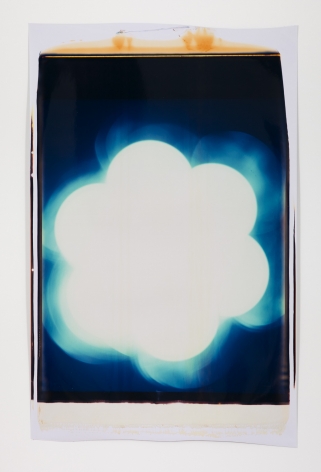 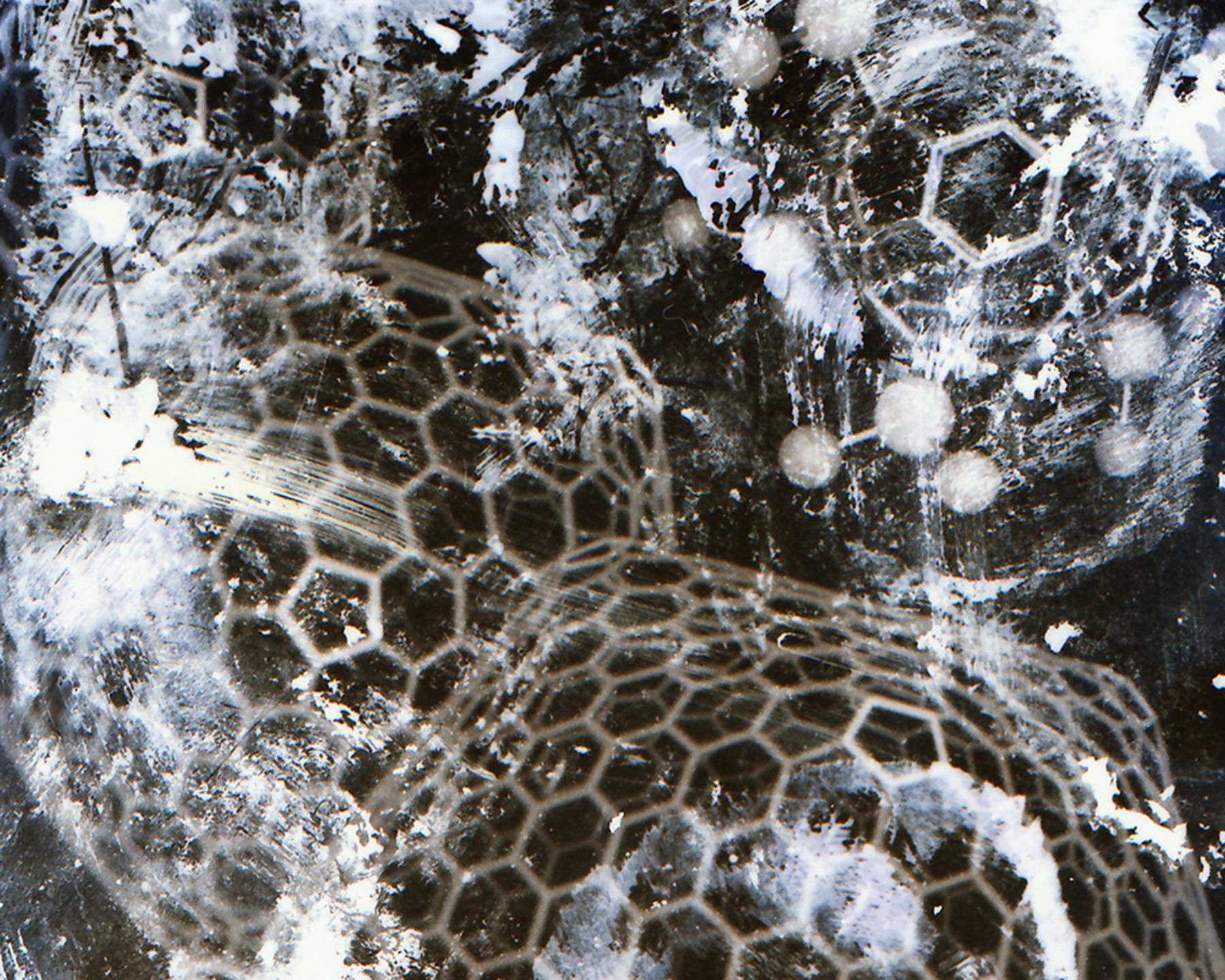 Never take a photograph for granted, even those advertising used cars or weekly specials on chicken thighs. Passport photos. Graduation pictures. Christmas pictures of families gathered together. All photographs have a message for you and sometimes if you look at them sideways or upside down you will find the meaning waiting for you.  I love looking at the photographs that the drugstores or grocery stores send out.

Bleckner, on the other hand, developed these works by throwing all sorts of light sources (LEDs, laser pointers, flashlights) into the eye of a rarified Polaroid 20x24 camera set at a low exposure. This scarcely found device (only six of these cameras were ever produced) responds to the light in a way that could not otherwise be perceived by the human eye. The Polaroid itself enamours a nostalgic kind of ‘seeing’, fitting for Bleckner who is interested in different modalities of light and how they signal divergent modes of perception. In the pictorial field, light mediates our ability to grasp and distinguish subjects. Yet due to the transience of light, our perception is set in a constant entropy. By attempting to picture light itself, Bleckner examines the concept of ‘inner light’: the light which exists outside of the limited scope of the human eye. And of course, ‘inner light’ is thought to be a way to examine one’s internal processes, psychology, or natural presence.

While painting allows Bleckner and Smith to invent an image, photography enables the simple, and very fruitful, examination of what can and cannot be seen. “Because of their size and their content, my photographs, once printed, become like sentinels to guard the viewer from harm,” says Smith. “They are put there to watch over you.” 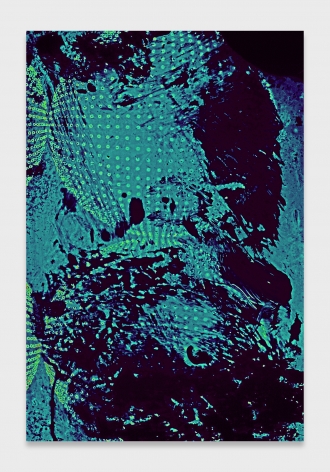 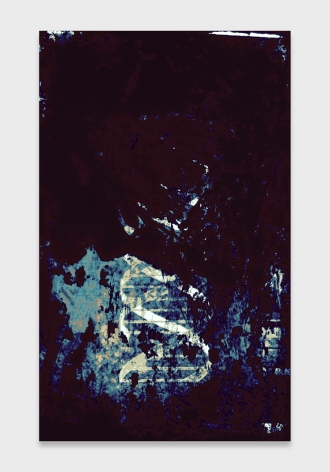 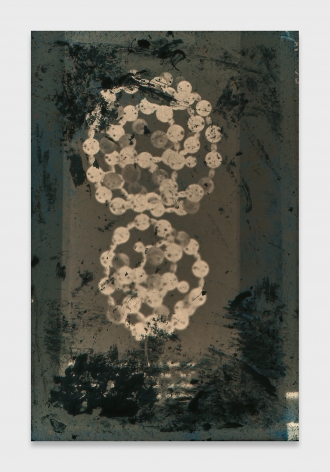 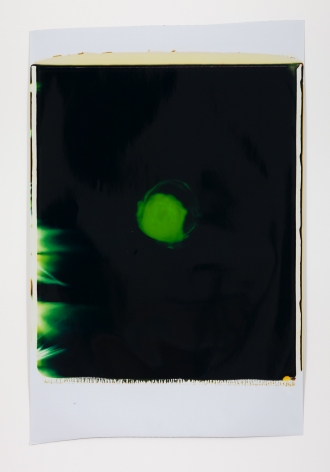 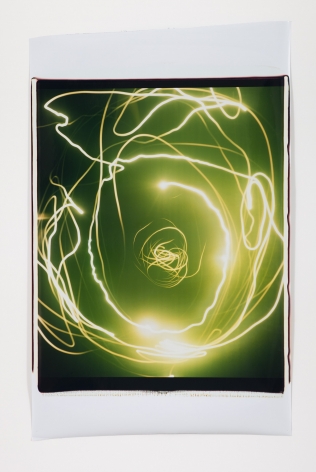 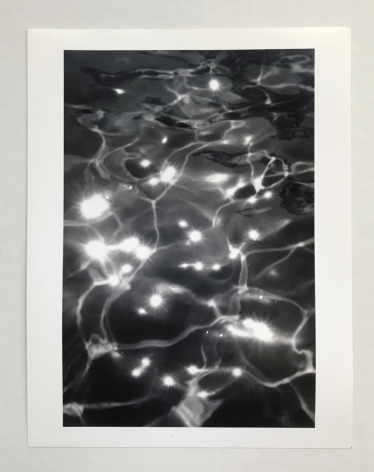 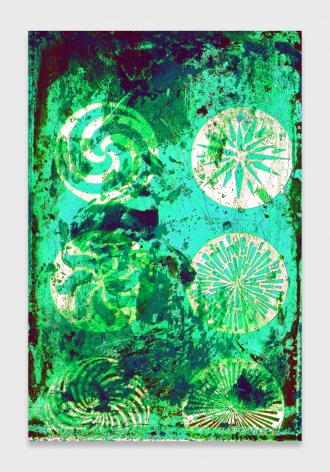 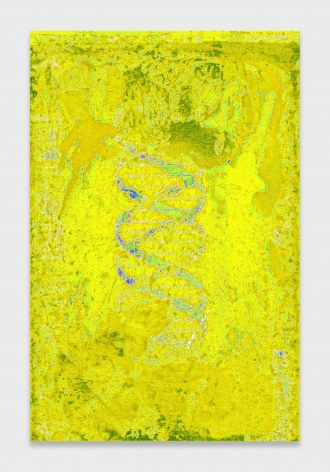 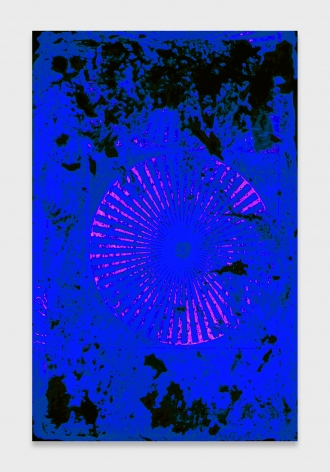 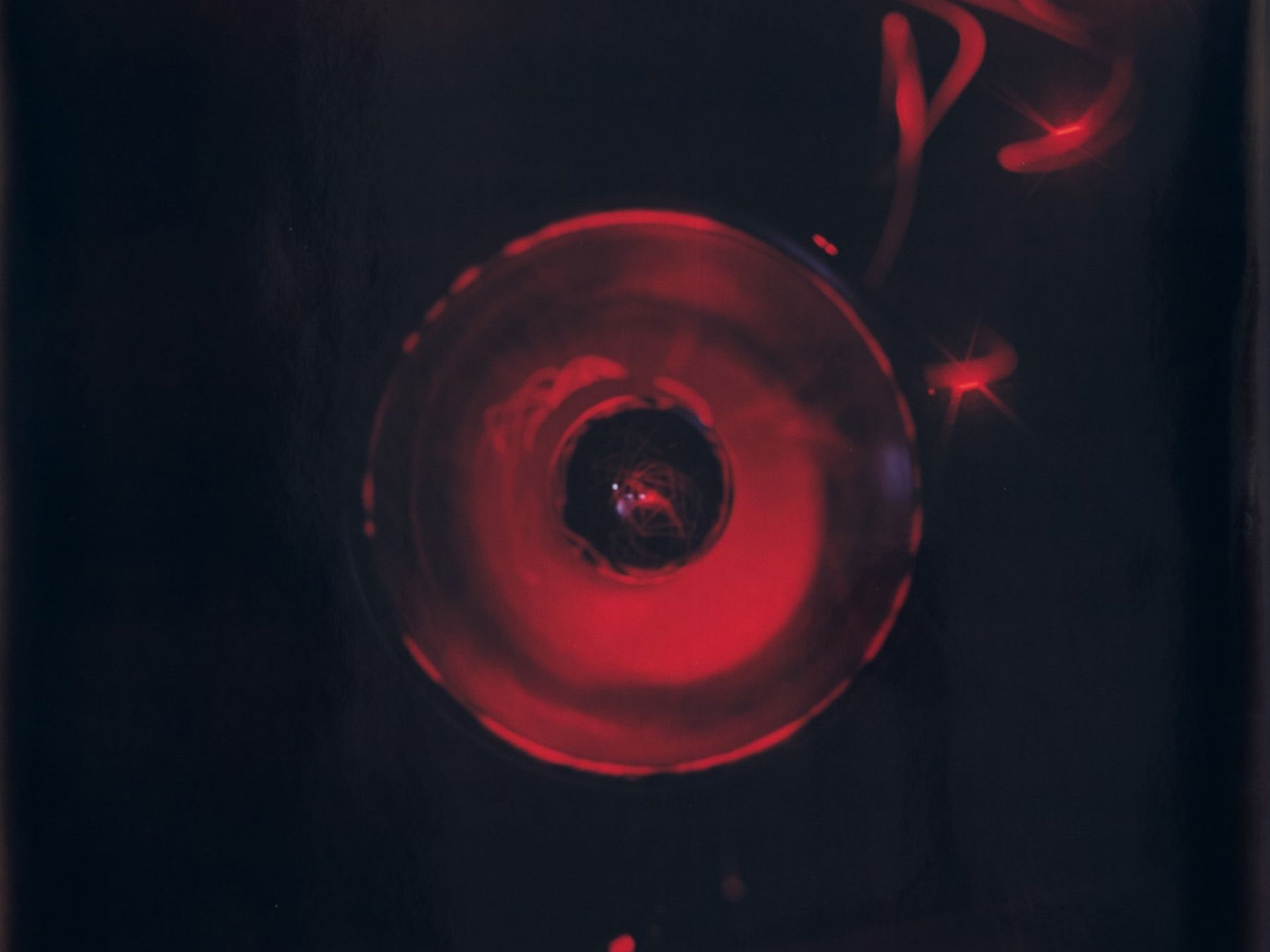 A photograph is a piece of captured light that interrogates the dichotomy of knowing when the truth is we don’t know. We are overwhelmed. 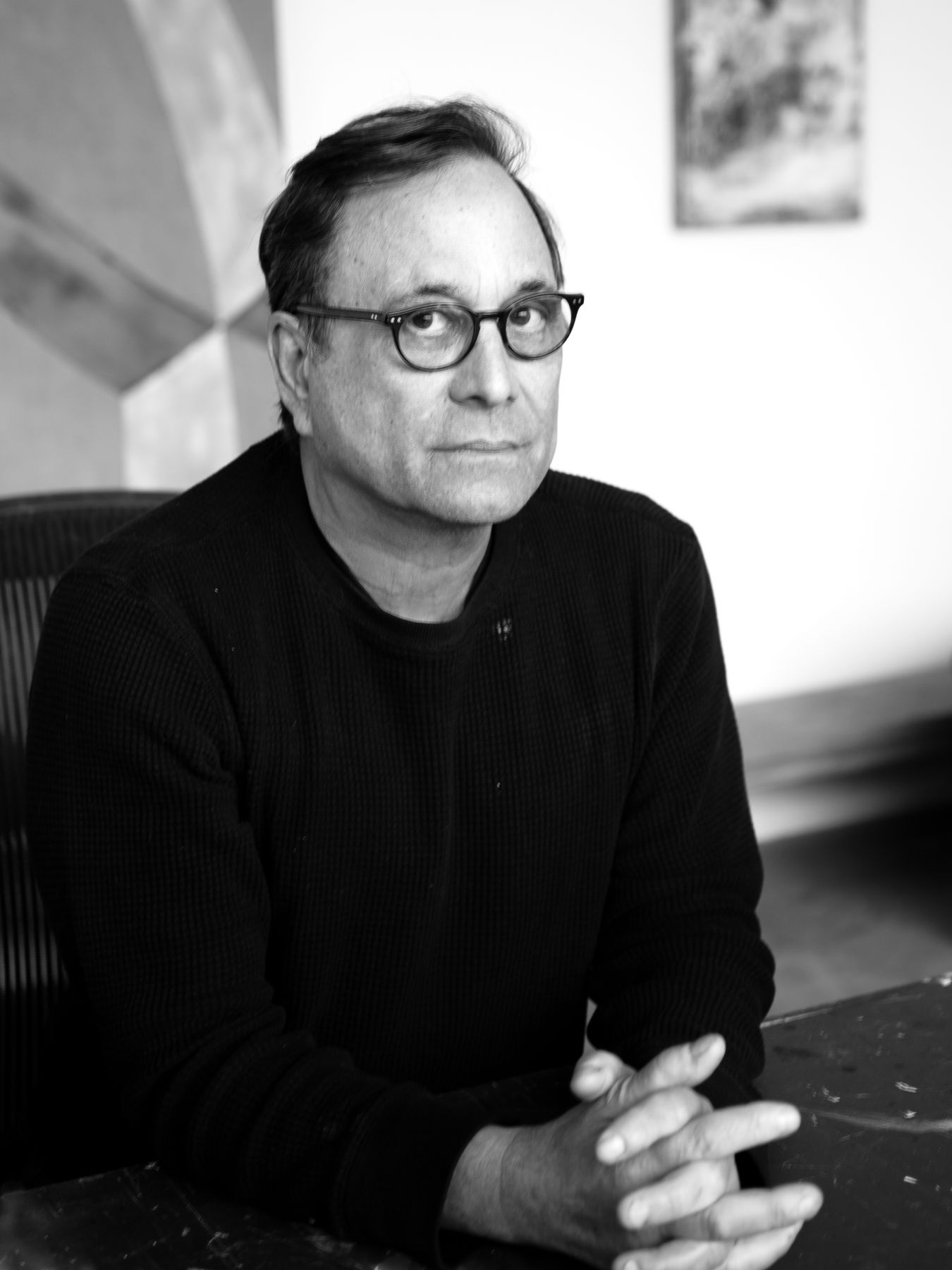 Emerging as a prominent artist in New York during the AIDS crisis in the 1980s, Bleckner’s paintings are an investigation of change, loss, and memory, often suggesting meditations on the body, health and disease, much like a memento mori. “The idea that the body is so perfect, until it’s not perfect. It’s a fragile membrane that separates us from disaster.” His immersive paintings, whether pure abstraction of stripes or dots, or more representational renderings of birds, flowers, and brains, elicit a powerful hypnotic and dizzying effect. Smoothly layered on the canvas surface against a darker gray background, Bleckner’s famous multicolored volumetric circles or “cells” look like droplets of blood or molecules viewed under a microscope. 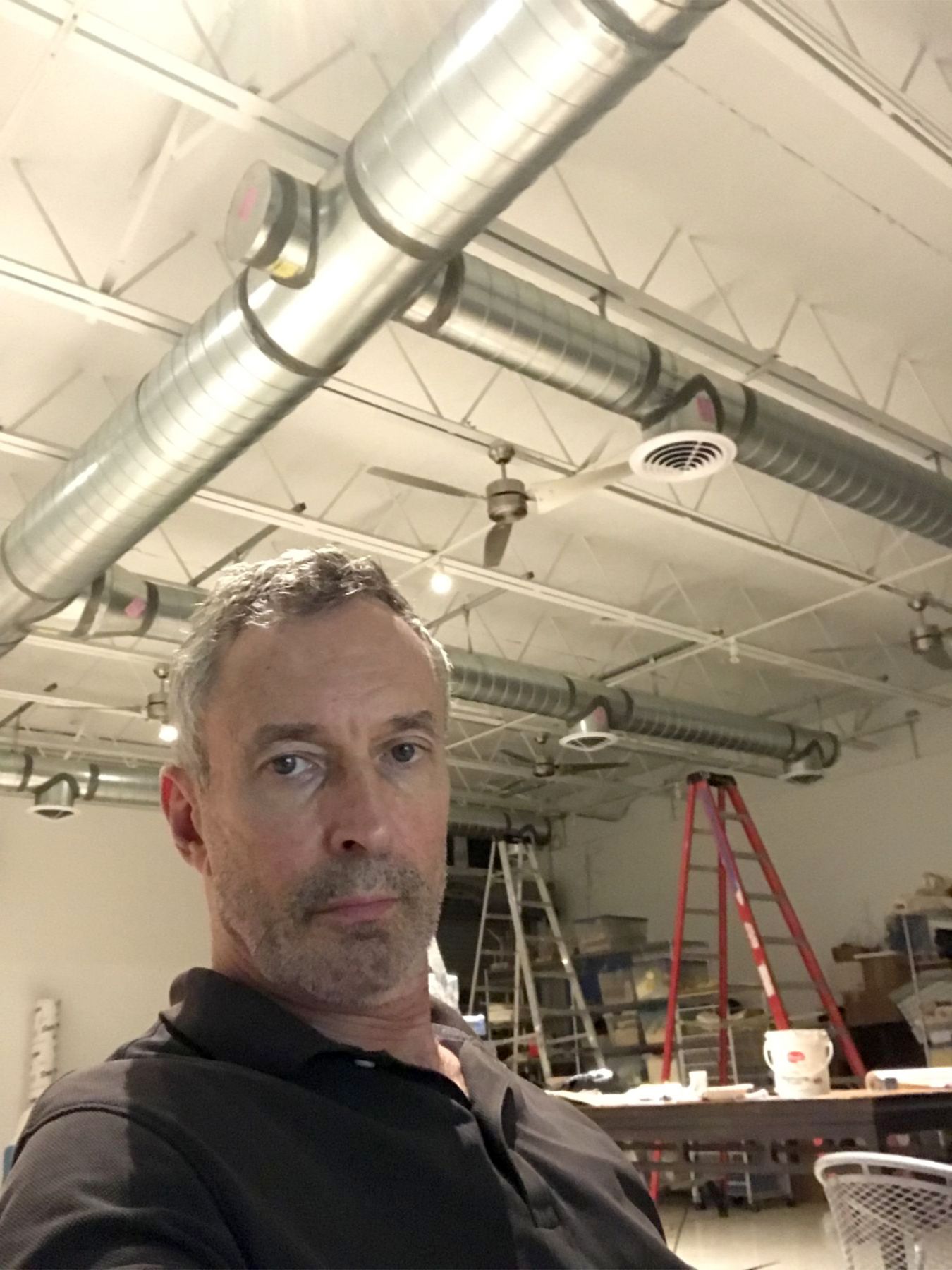 Since his work first appeared in Douglas Crimp's PICTURES exhibition, Smith has used found images for his paintings. Images from spy manuals, magic books, catalogs and physics texts are photographed on Tri-X black and white film. Smith develops the film himself and uses these negatives as source material for the paintings. Overtime, the negatives acquire the patina of the studio and become clotted with paint, scratches and tears.  Smith then scans the negative and prints as is.  These photographs are both the source material for Smith's paintings and an artifact of his studio activity.

Photographs have been acquired by MOCA San Diego, Soho House, BMW, the Cleveland Clinic, the Allen Musuem and exhibited at New York's Jewish Museum. Smith's paintings are in numerous collections from the Whitney and the Museum of Fine Arts, Boston to Dallas Museum of Art and Detroit Institute of Art.