Petzel is pleased to present an online exhibition of works on paper by Austrian artist Maria Lassnig. Developed in close collaboration with the Maria Lassnig Foundation, the exhibition comprises six watercolors and nine pencil drawings depicting Maria Lassnig’s time in New York City from 1968–1980, alongside film footage shot by Lassnig documenting her fascination with the performers, musicians, and pedestrian dancers that she encountered on the pulsating streets of Manhattan. 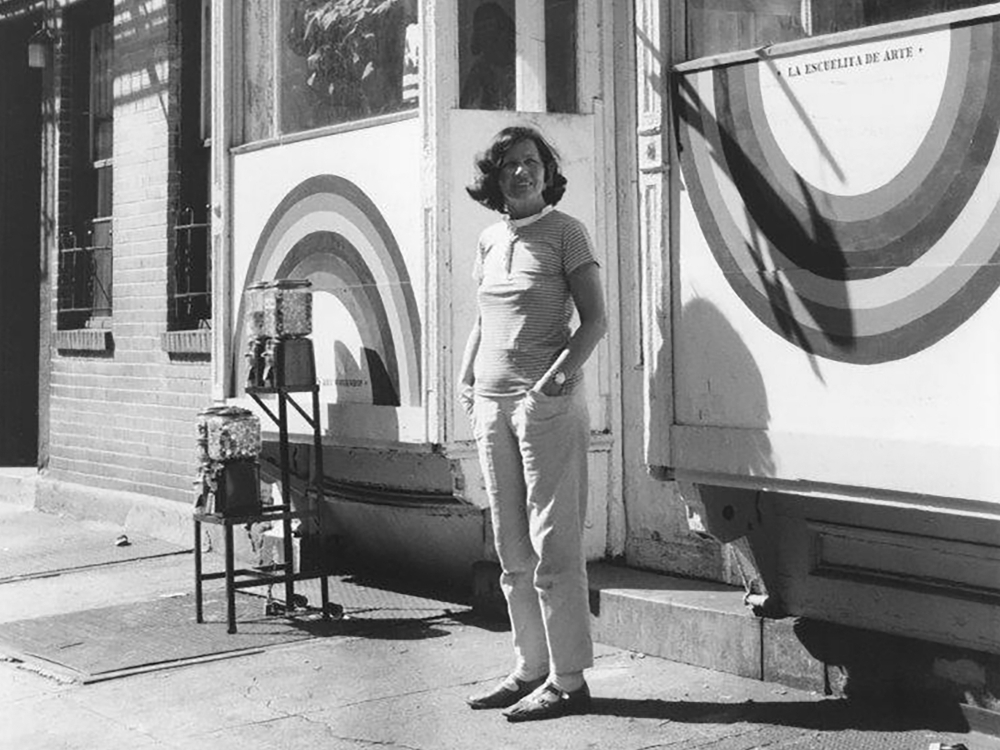 I am living in a skyscraper for the first time, I’ve always wanted to, on the 13th floor, that’s fairly high up. The view is fairytale-like. I look over to the right at the Empire State Building in the evening, with its 3 upper floors emitting orange, blue, and white light; the Edison with its Gothic window tower and all of the neighboring towers of light; on the left, the two lights of the tallest building in the world, the World Trade Center. The skyscrapers of the Wall Street area and below me, the roofs of East Village. These New York silhouettes form the foreground for a glowing red ball of a sun being immersed in the blue-green evening sky, a sky strewn with innumerable neon slogans that offer a different spectacle on the 4th of July, the fireworks that shoot into the air at different points in Manhattan. 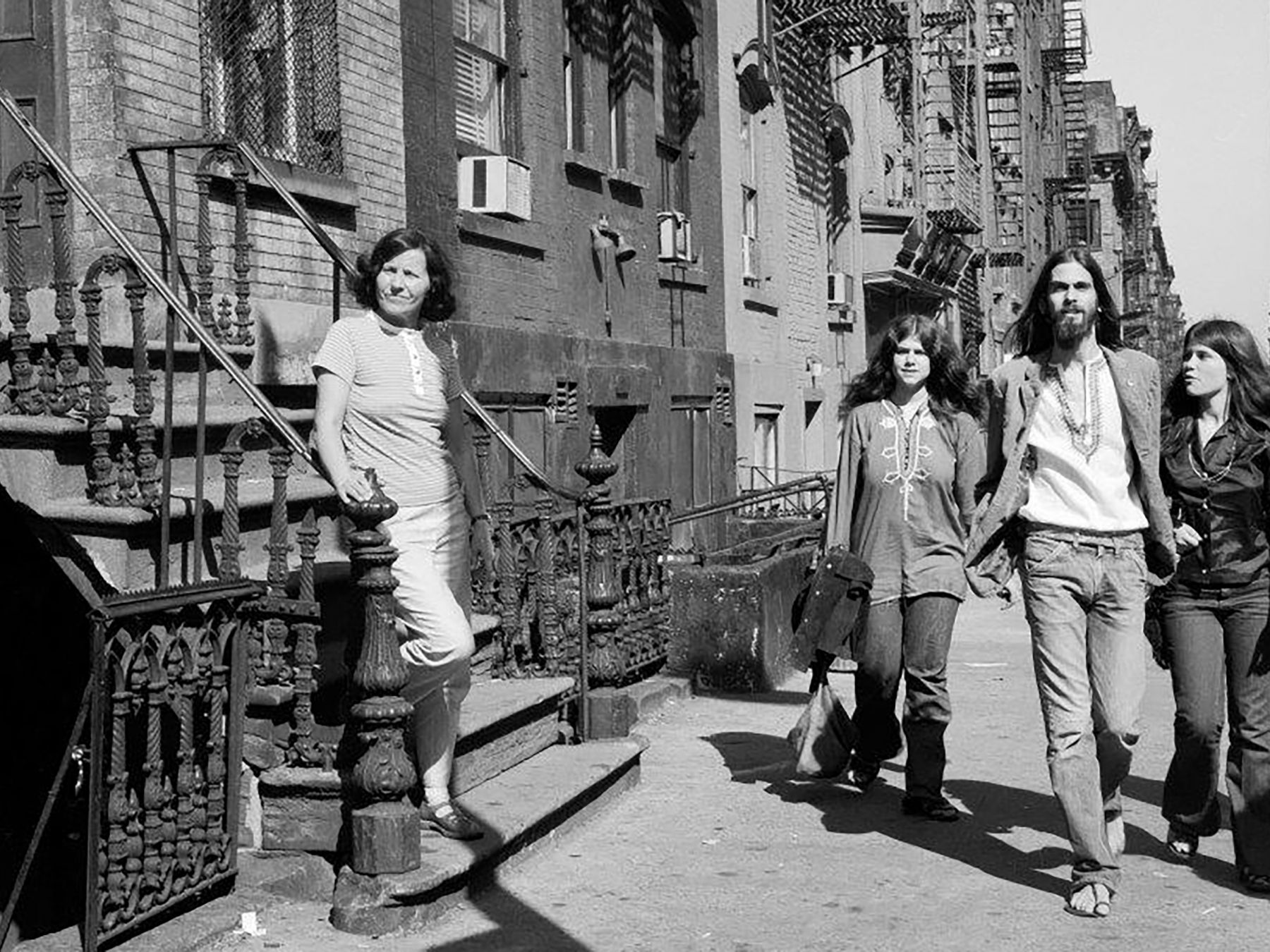 In scenes captured by Lassnig from the parks, rooftops, and windows of 1970s New York, we observe an artist as she revels in the liberation of a new, American landscape. From cityscapes to skylines, abstracted self-portraits, and moments in the famed Chelsea Hotel, Lassnig chronicles both herself and her surroundings in a sweeping ode to New York. 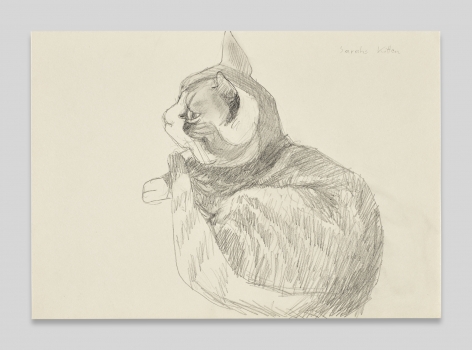 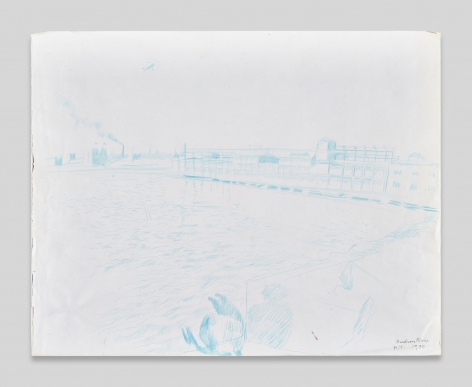 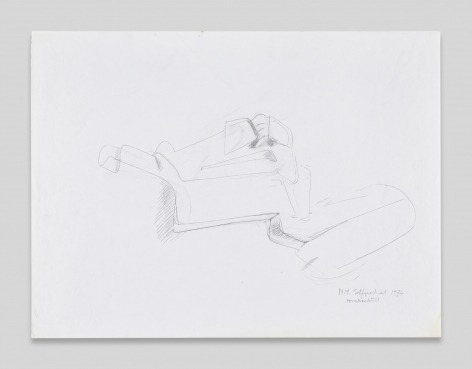 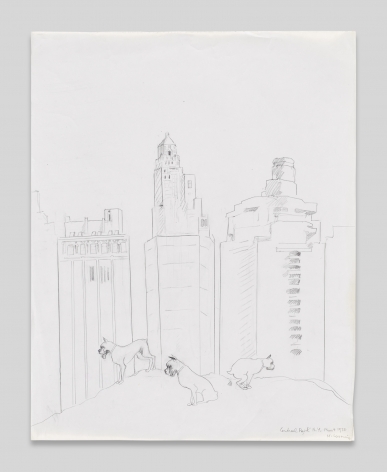 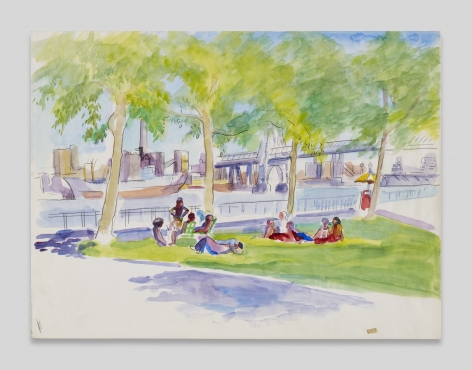 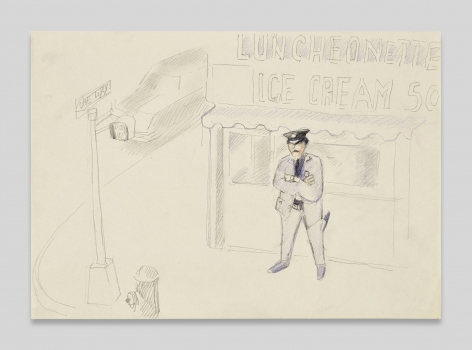 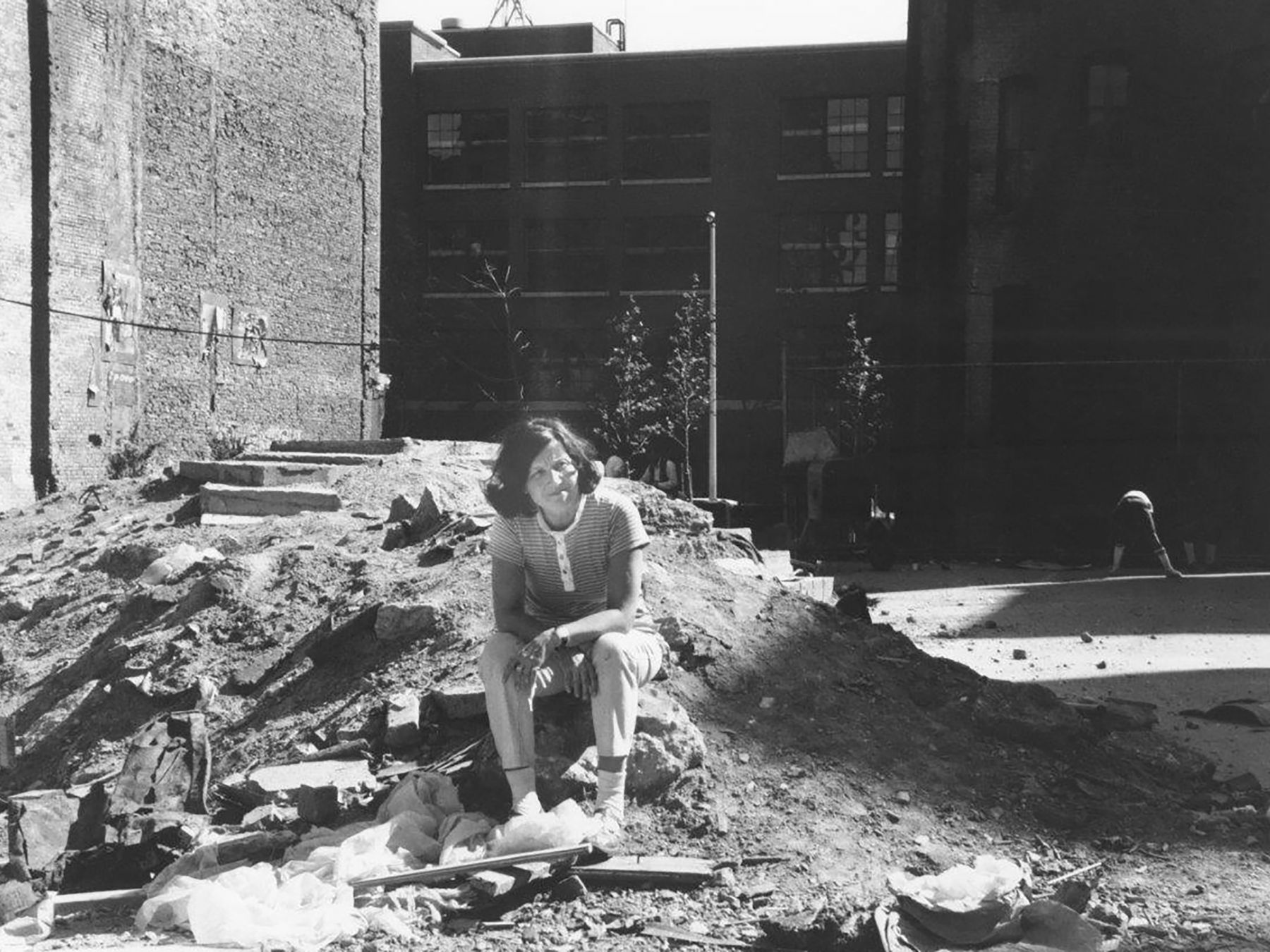 In 1968, at the age of 49, Lassnig moved from her home in Paris to New York City, to be in, as she called it, “the country of strong women." Although well-known in her native Austria, Lassnig was virtually unheard of in the United States and lived, for the next 12 years, in relative anonymity, renting walk-up apartments on the Lower East Side and Soho. According to those who knew her, she felt an affinity with the City; loved its constant activity, dynamism and the sense of freedom it engendered. New York City offered Lassnig a liberation of sorts from the male-dominated art scene of Europe. It gave her the opportunity to be an artist, not simply a female artist—and she worked prolifically, producing paintings, drawings, watercolors, silkscreen prints and animated films, often including hints of Americana in her work. Lassnig’s New York years were an incredibly formative time for the artist, a period in which she further developed her singular “body sensation” or “body awareness” aesthetic of the late 1940s – using sensations of the body as conduits to envision the external world. 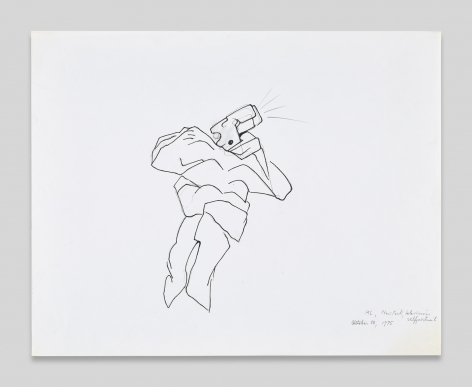 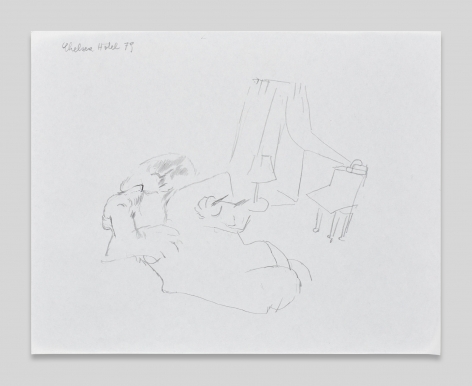 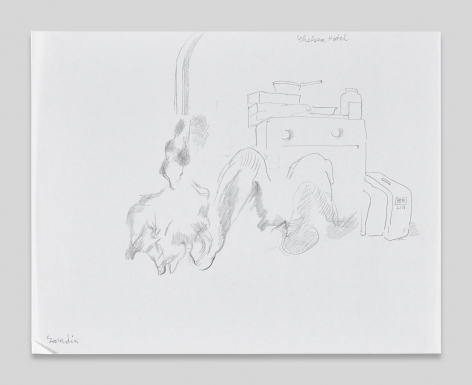 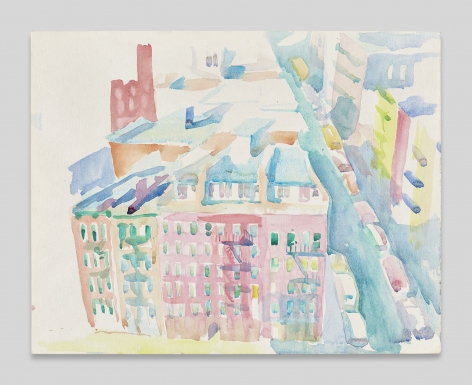 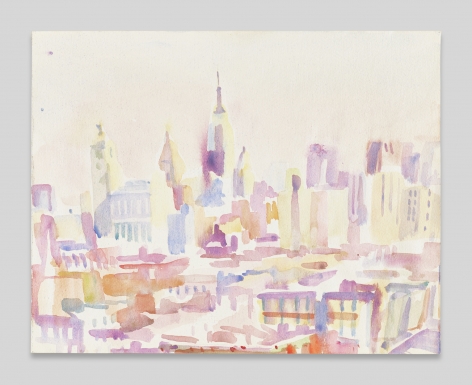 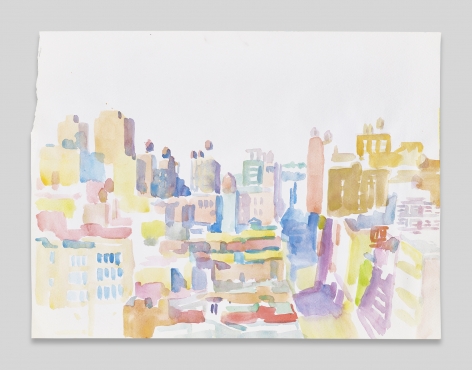 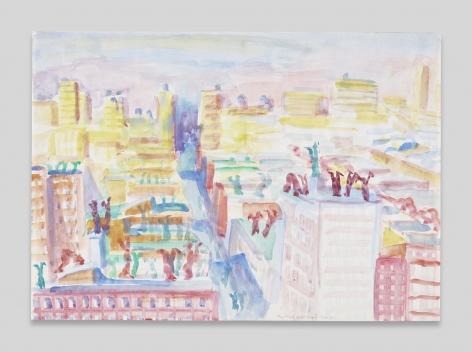 New York on its Head 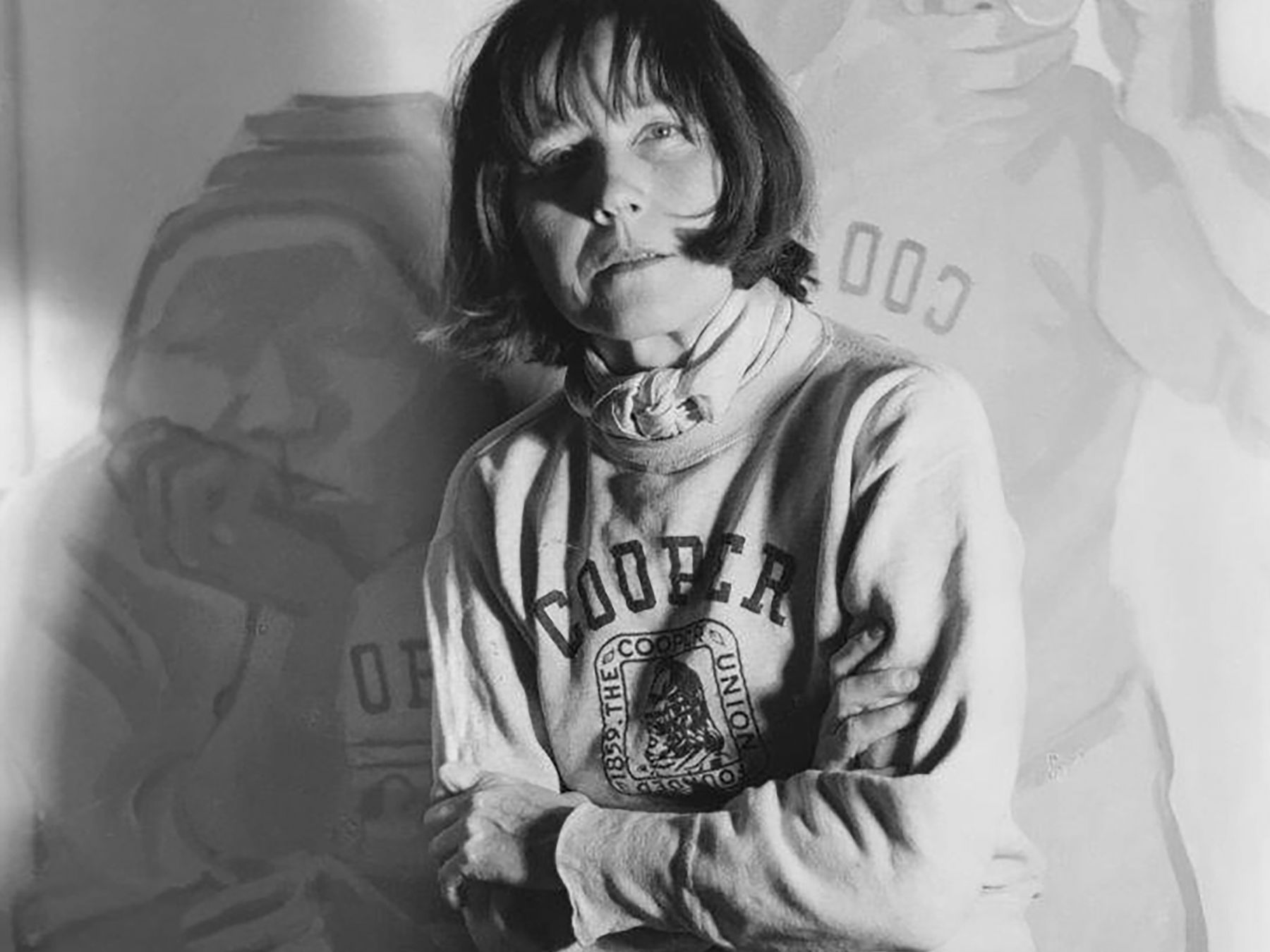 Lassnig in her studio on Avenue B, 1974.
Photo (detail): Maria Lassnig. Archive of the Maria Lassnig Foundation.

Lassnig's self-reflective pencil drawings from this period exemplify how she also turned toward realism identified with portraiture. These drawings reflect how the artistic freedom Lassnig enjoyed in the City allowed her to experiment in other art forms, including film. She even went on to study animated film at the School of Visual Arts for one semester in the spring of 1971, and in 1974 she co-founded the Women/Artist/Filmmakers, Inc., a group of feminist filmmakers. 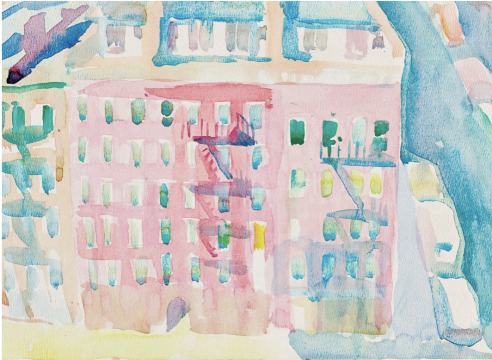