Konkurrenz IV (Competitors 4) is a vibrant and energetic painting by Maria Lassnig. It shows two football players, one a goalie, engaged in a tussle, realized in an expressive, brightly colored palette. The figures are not heavily labored, affected creations but pure, guttural, articulations of the artists internal sensations. Both of these athletes are based on Lassnig’s figure, yet only the goalie appears to be a self-portrait. The meditative work, borrowing from the language of sport, uses Lassnig’s own observations and depictions of herself in paint as an instrument of self-realization. 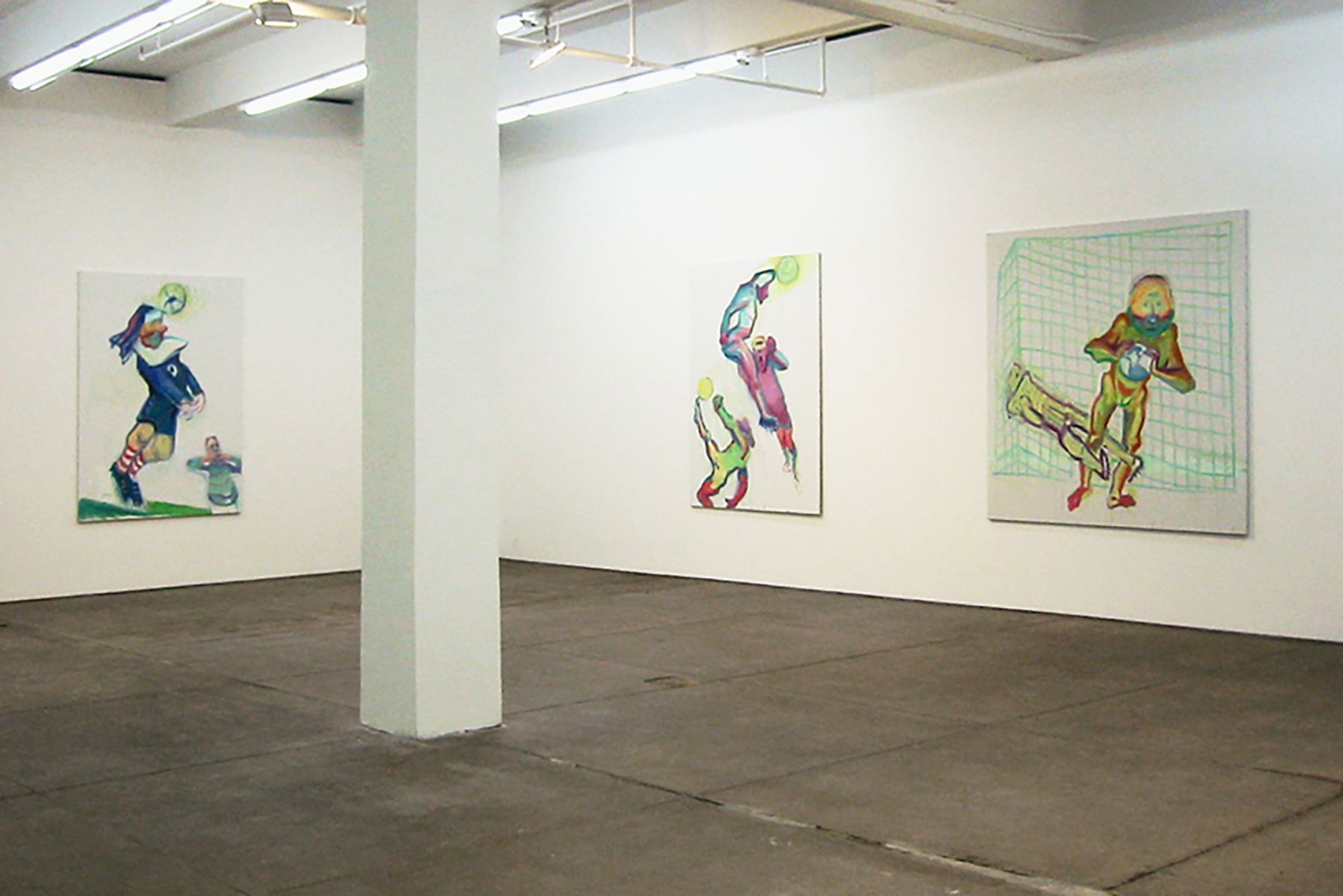 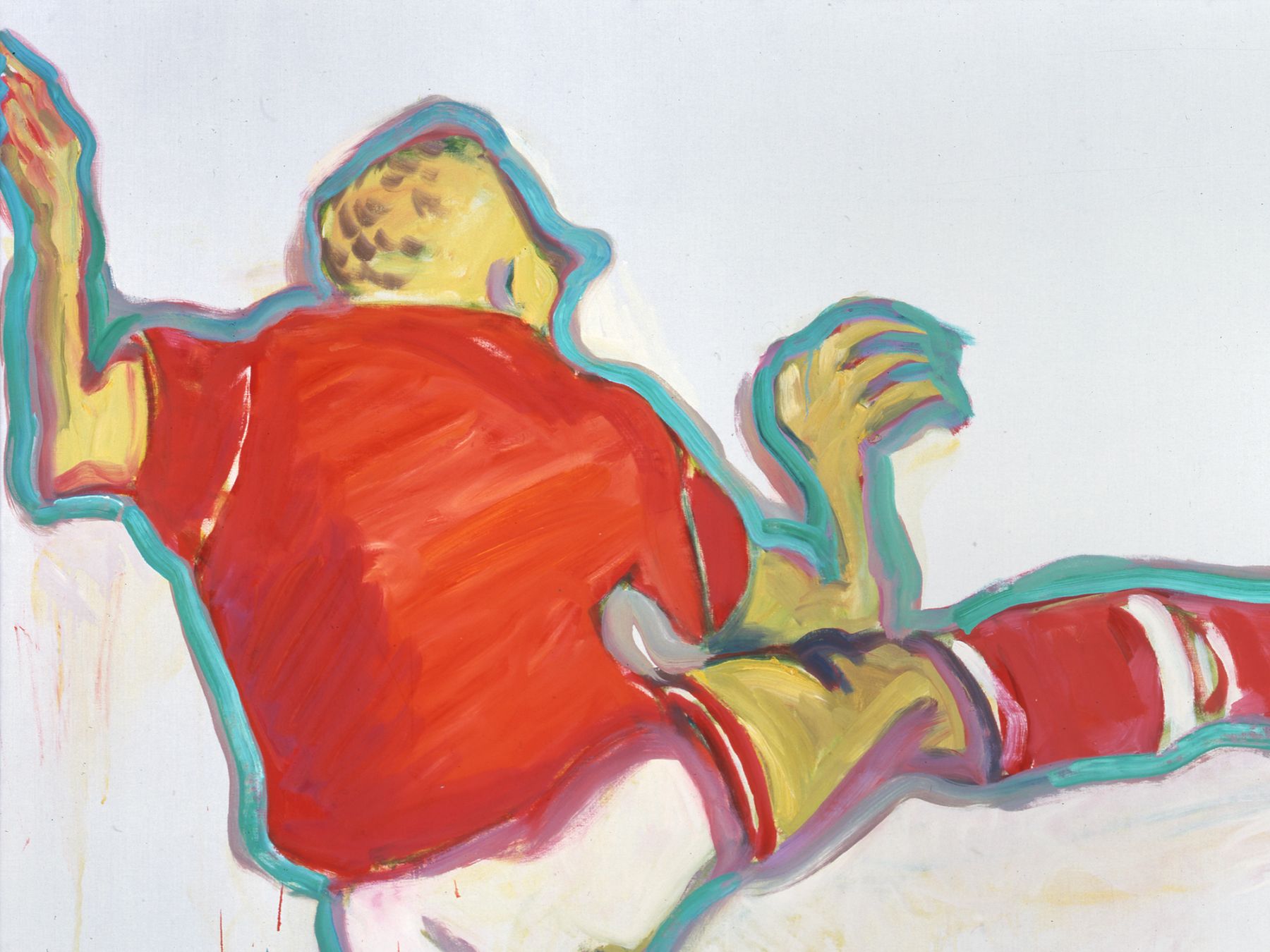 Figuration comes about almost automatically,
because in my art I start first and foremost with myself.
I do not aim for the 'big emotions' when I'm working,
but concentrate on small feelings: sensations in the skin
or in the nerves, all of which one feels.
I became interested in all this early on and tried to fix
these sensations in straightforward brushstrokes,
because in the body they are changing continuously.
You have to be quick when painting like this, because
the next minute you might not have the same feeling anymore. 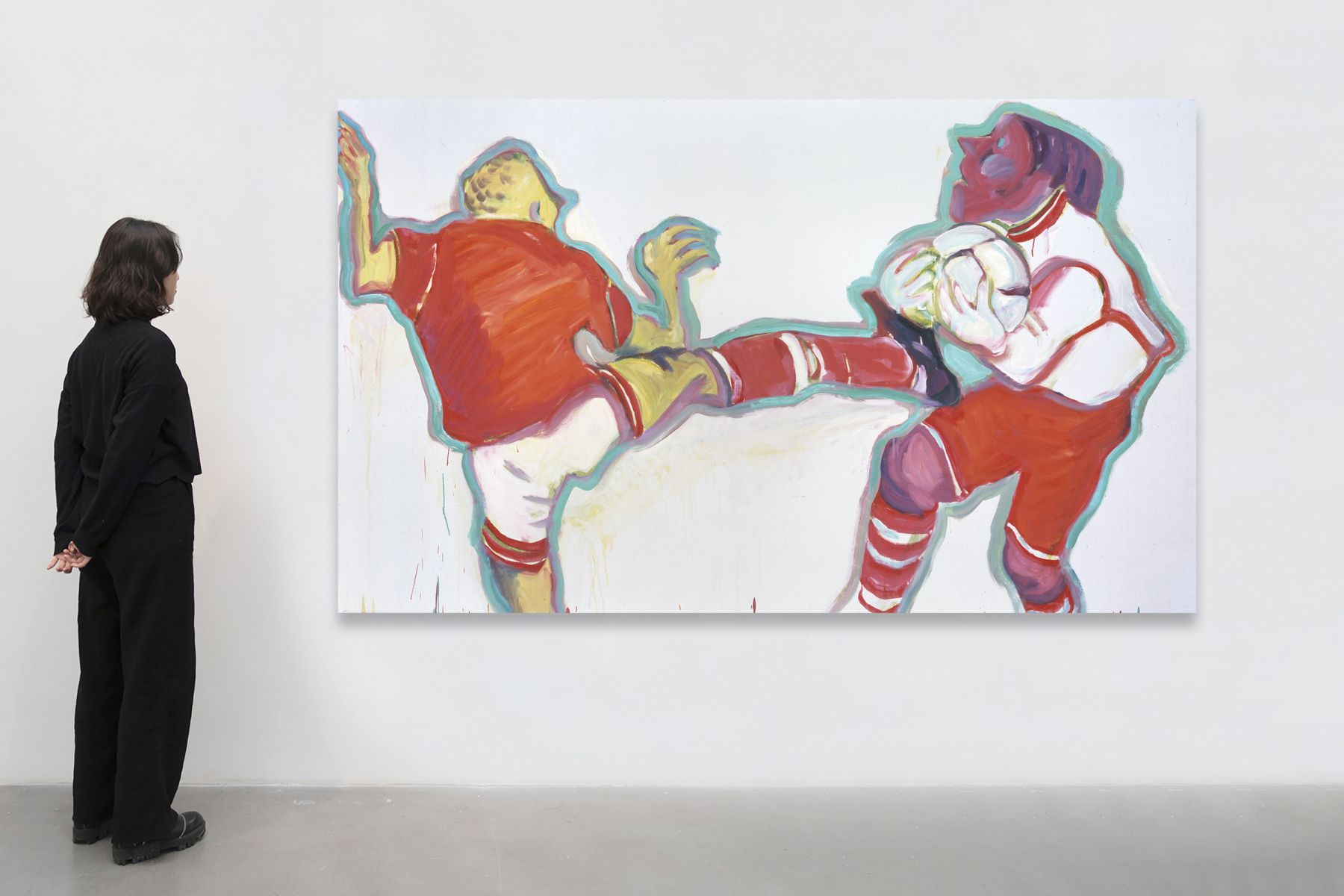 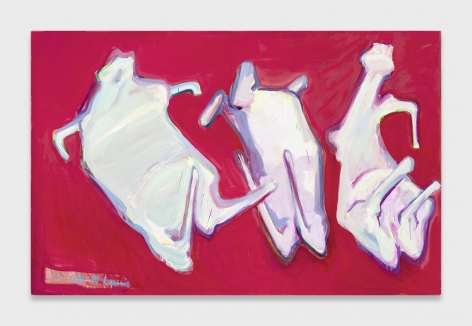 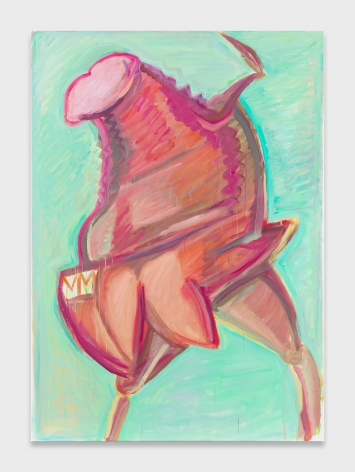 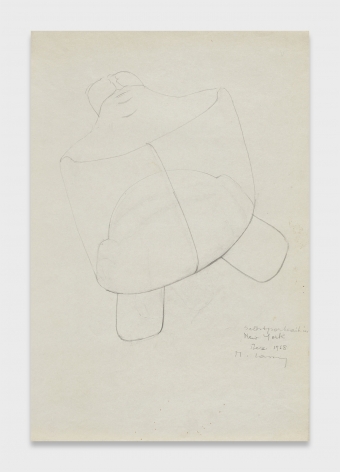 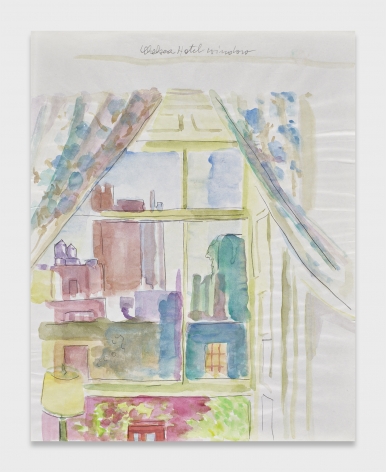 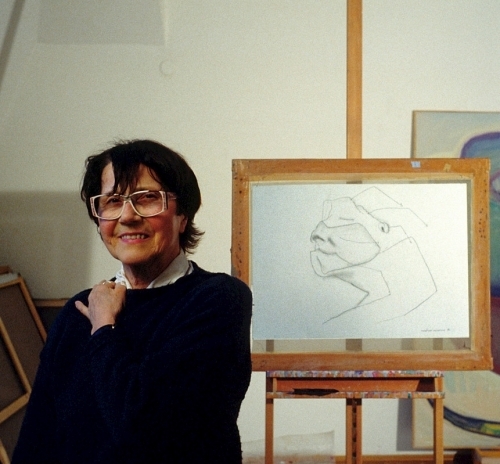 After studying at the Vienna Fine Arts Academy, Maria Lassnig (b. 1919, Carinthia, Austria, d. 2014, Vienna, Austria) spent some time living in Paris and New York. From 1970 to 1972 she studied film animation at the New York School of Visual Arts. On returning to Vienna in 1980, she became the first woman professor of painting in the German-speaking countries, holding the chair in this discipline at Vienna University of Applied Arts.

Maria Lassnig embraces painting, sculpture, animated film, and major graphic output. She had long kept her drawings under lock and key, and only published them in 1997 in ‘Die Feder ist die Schwester des Pinsels’ [The pen is the sister of the paintbrush], published by Hans Ulrich Obrist. Her life’s work has won her many accolades, including the Grand Austrian State Prize in 1988, the City of Zurich Roswitha Haftmann Prize, the Rubens Prize of the Town of Siegen, Germany, in 2002, the City of Frankfurt Max Beckmann Prize in 2004 and the Austrian Decoration for Science and Art in 2005, the 55th Venice Biennale Golden Lions for Lifetime Achievement in 2013.

In 1982 and 1997 Lassnig’s work was displayed at the Documenta in Kassel. Since the early 1950s, her works have appeared in solo exhibitions, including at the Kunstmuseum in Düsseldorf (1985); the Stedelijk Museum in Amsterdam (1994); the Centre Pompidou in Paris (1995); the Kunsthaus in Zurich (2003); the Hauser & Wirth in London (2004); the Museum Ludwig in Cologne (2009); the MoMA PS1 in New York (2014); the Kunsten Museum of Modern Art in Aalborg, Denmark (2016); the Tate Liverpool in Liverpool (2016). Her current solo exhibitions include Maria Lassnig, Museum Folkwang, Essen, Germany; Maria Lassnig: Woman Power, Palazzo Pitti at Uffizi Gallery, Florence; Maria Lassnig: The Future is Invented with Fragments from the Past, Municipal Gallery of Athens, Athens; Dialogues: Retrospective of Drawings and Watercolors, Albertina, Vienna. 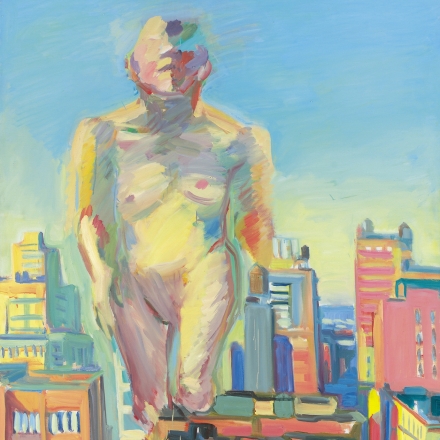 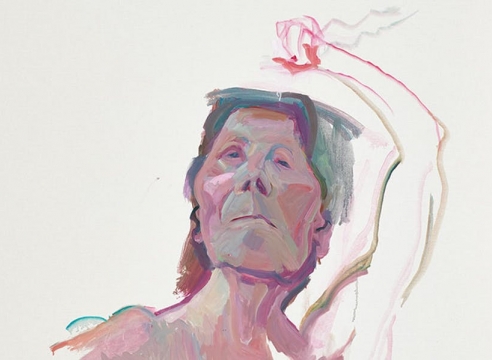 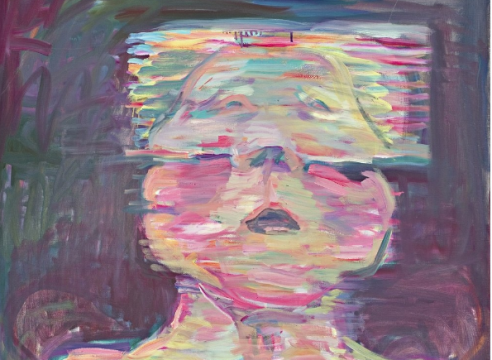 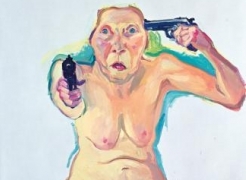