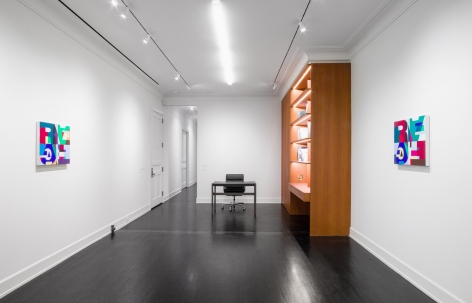 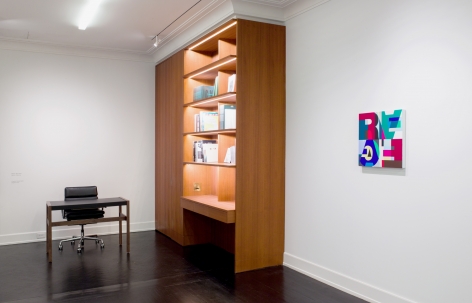 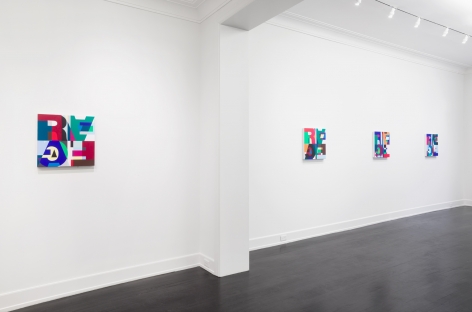 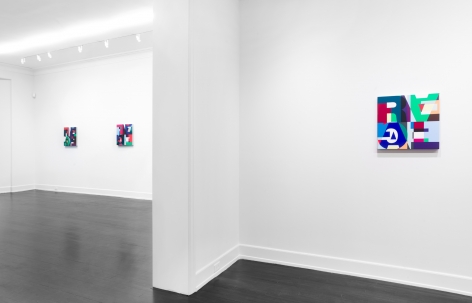 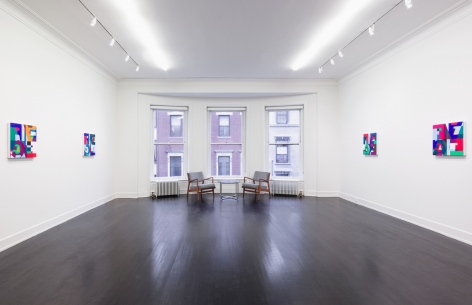 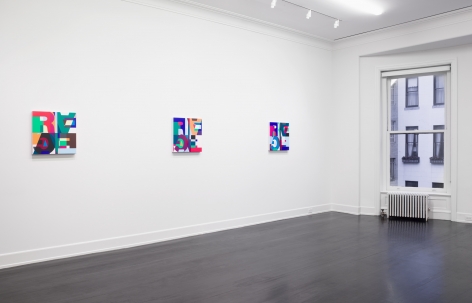 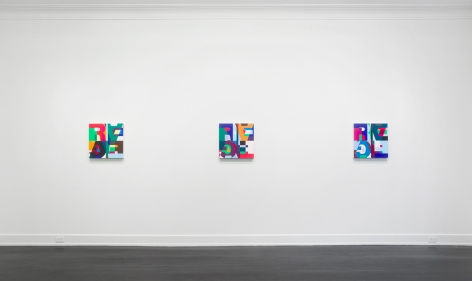 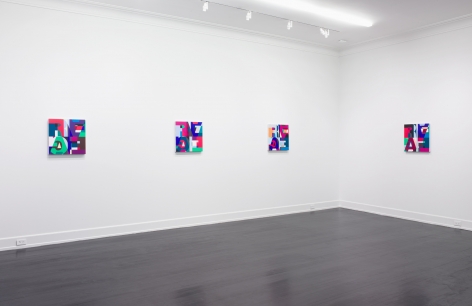 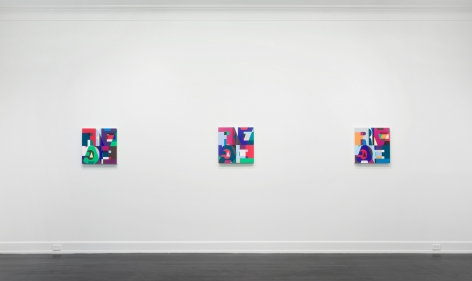 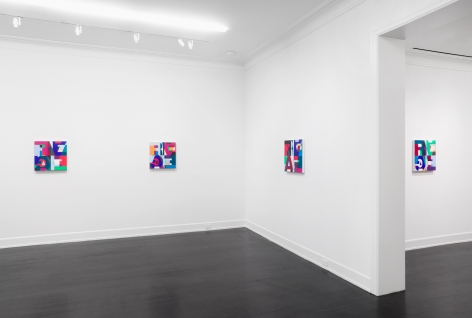 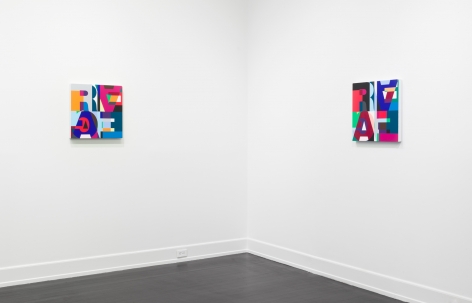 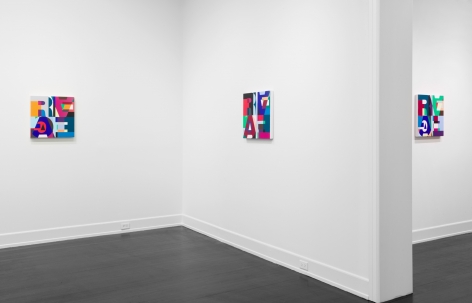 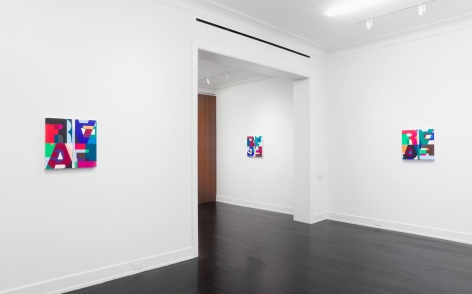 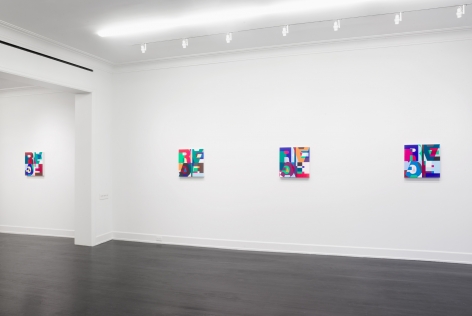 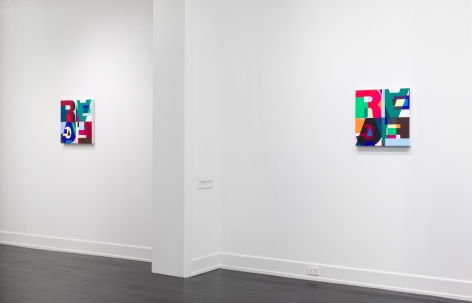 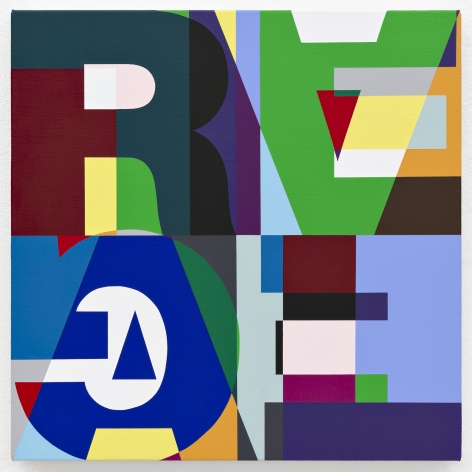 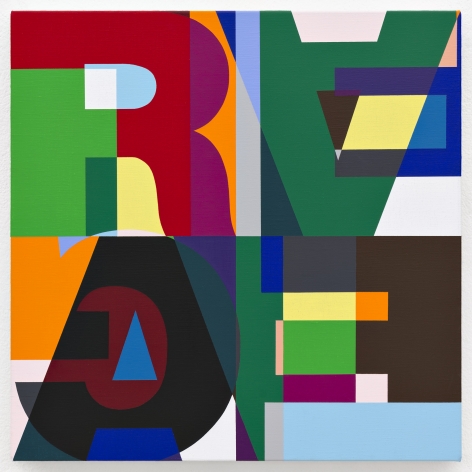 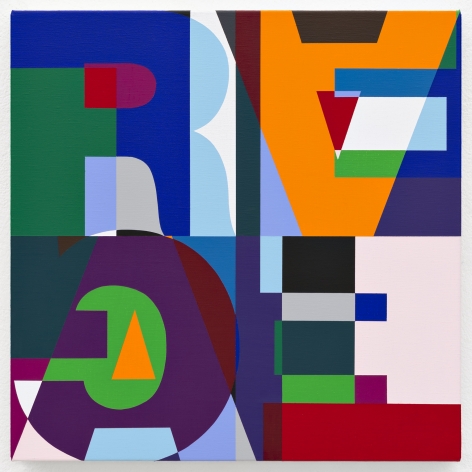 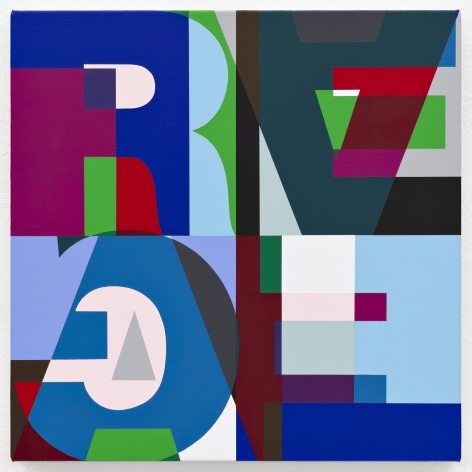 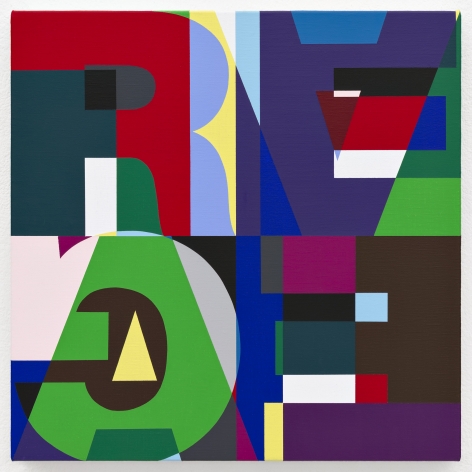 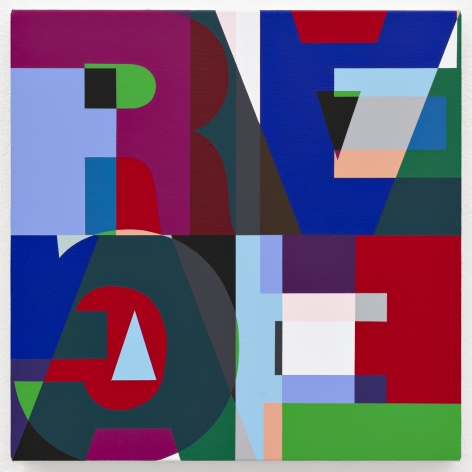 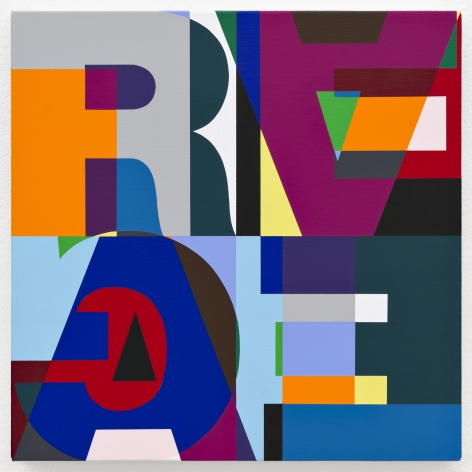 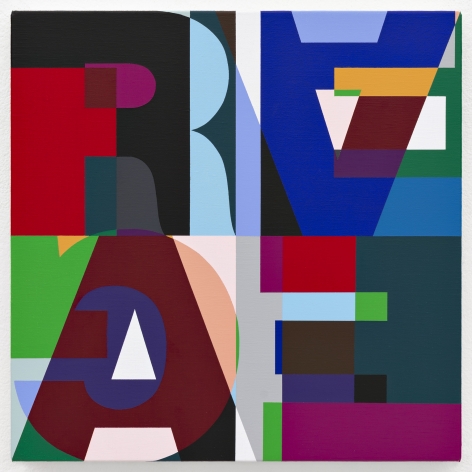 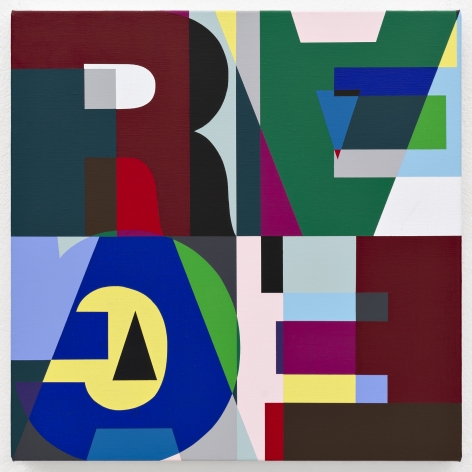 In nework—the artist’s first solo show at our Upper East Side location, Zobernig exhibits nine new text paintings. The sans serif typeface, Helvetica has been used by Zobernig since 1986 in his catalog and poster designs. For a 1993 group exhibition Zobernig, using orange, brown, gray, black, and white, subdivided the letters of the show’s main title REAL into four fields, in reference to Robert Indiana’s iconic LOVE paintings. One year later, the first REAL pictures were produced in the same colors. Bit by bit, Zobernig extended the color scale of the REAL images and years later added the word EGAL (German for “whatever”), which fills the canvas to the same extent as REAL. The words appear written into one another, and thus their meaning disappears, and a new, interpretive zero point of complex construction has been reached.

Zobernig’s practice is grounded in an awareness of his position as an artist and producer in the broader context of culture. His work is framed by the impact Modernism has had on the trajectory of art history and a questioning of the institutional mechanisms that support the exhibition of artwork.

Heimo Zobernig was born in Austria in 1958 and lives and works in Vienna. He studied at the Academy of Fine Arts, Vienna from 1977–1980, and at the city’s College of Applied Arts from 1980–1983. Zobernig has exhibited widely in various international shows including solo presentations at the Museum Ludwig, Cologne and the Malmö Konstall, Sweden (2016). In 2015, his work was presented in the Austrian Pavilion at the Venice Biennale. Other individual museum exhibitions include the Museo Nacional Centro de Arte Reina Sofia, Madrid, Spain (2012); a show which later traveled to the Kunsthaus Graz in Austria (2013); Kunsthalle Zürich and the Essl Museum, Vienna (2011); and two related solo presentations at the Fundação Calouste Gulbenkian in Lisbon (2009) and the Tate St. Ives (2008). In 2010 Zobernig received the Frederick Kiesler Prize for Architecture and the Arts in Vienna and the Roswitha Haftmann-Preis in Zürich, in 2016. The same year, a Catalogue raisonné of his designs of books, posters and catalogues was published by the Malmö Konstall and Verlag der Buchhandlung Walther König, Cologne.